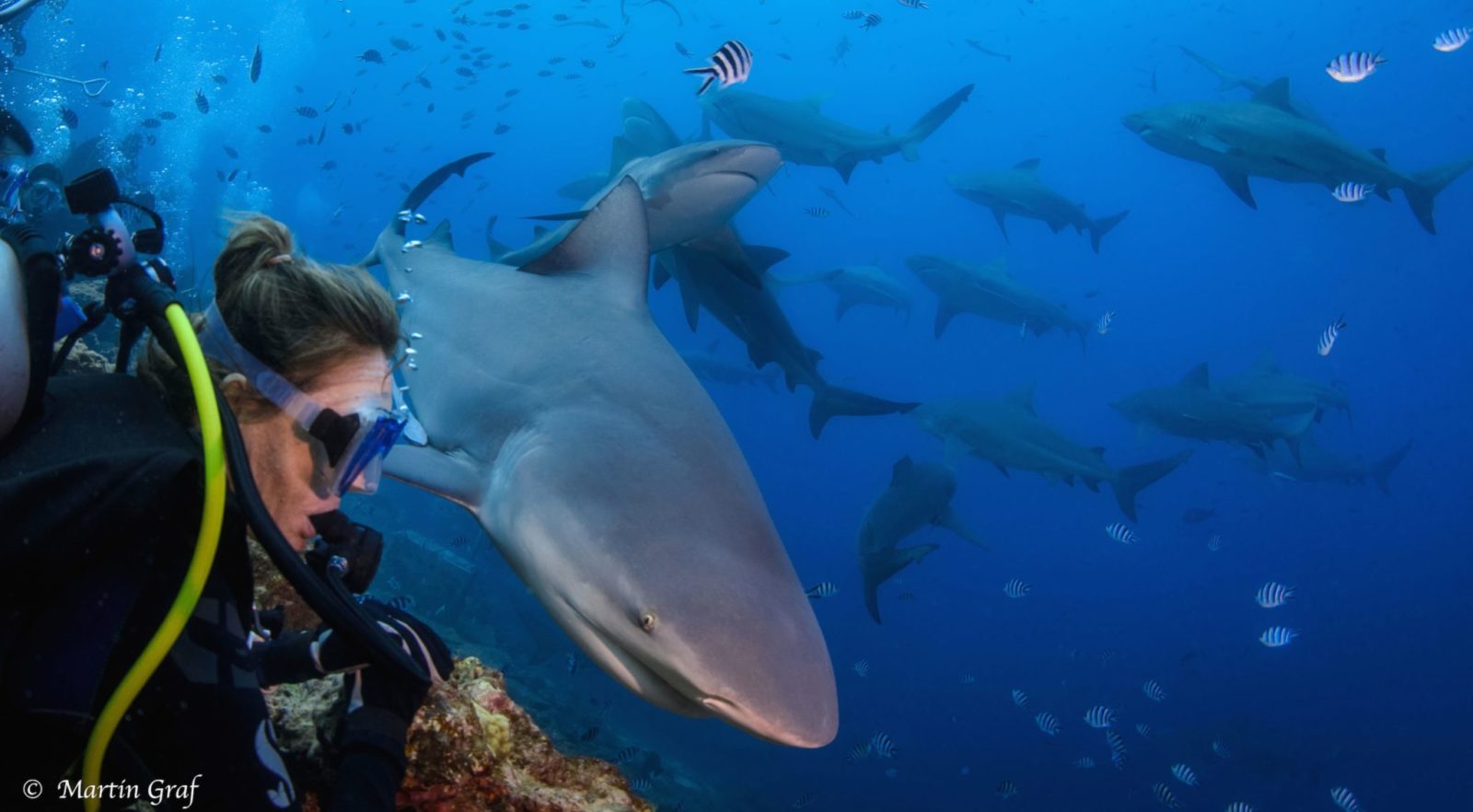 The following description of Beqa Adventure Divers is drawn purely from publicly available information about the dive operation. This page will be updated with more detailed information on Beqa Adventure Divers’ contribution to integrated coastal management and its effect on conservation, as soon as analysis of research is published in scientific journal articles.

Beqa Adventure Divers (BAD) is located at Pacific Harbour, on the island of Viti Levu in Fiji. Among other things, BAD have:

• installed fixed moorings on all dive sites,
• run fuel efficient engines,
• developed the Mangroves for Fiji project to offset carbon emissions,
• established a bull shark tagging program with the Shark Foundation Switzerland and Save Our Seas foundation,
• collaborated with marine scientists on fish and shark science studies,
• worked closely with stakeholders including local fishers and communities and government in planning and implementing the     Shark Reef Marine Reserve,
• educated local fishers and communities in marine education and managing their coral reefs, and
• trained youth from local communities to the professional level of Dive Master.

Among other things, BAD provide livelihoods to local fishers and communities by:

• recognising the traditional marine tenure of local fishers and communities,
• employing only Fijians, with the exception of the Directors,and
• paying dive user fees directly to traditional owners for each diver, as compensation for not fishing in Shark Reef Marine Reserve, and